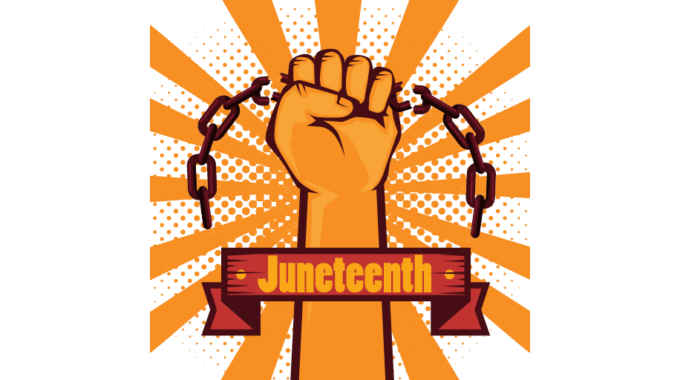 On June 19, the United States celebrates Juneteenth, also known as Emancipation Day, Black Independence Day or Jubilee Day. Juneteenth marks the day – June 19, 1865 – on which enslaved Africans in Galveston, Texas, learned from Union soldiers that they were free. Texas was the most remote of the slave states, and the freedom proclaimed in the Emancipation Proclamation in 1863 was not enforced there until 1865, after the U.S. Civil War had ended.

Celebrating Juneteenth, a portmanteau of June 19, necessitates that we confront the scourge of slavery preceding it. Juneteenth challenges us to remember that racism is rooted in the foundation of the United States, and its effects are still being experienced today.

At the same time, Juneteenth is a national holiday that inspires hope. The National Museum of African American History and Culture states:

“Formerly enslaved people immediately sought to reunify families, establish schools, run for political office, push radical legislation and even sue slaveholders for compensation. Given the 200+ years of enslavement, such changes were nothing short of amazing. Not even a generation out of slavery, African Americans were inspired and empowered to transform their lives and their country. … The historical legacy of Juneteenth shows the value of never giving up hope in uncertain times.”

Firmly rooted in the Gospel of Jesus Christ and the legacy of the Sisters of Mercy, Mercy Education affirms:

“Racism in all its forms contradicts Catholic Social Teaching, which calls for respect for the human dignity of every person. The Sisters of Mercy oppose racism and are actively working to develop an intercultural perspective within our Institute as well as within the communities we live and serve” (Sisters of Mercy website).

As we commemorate this day, we ask ourselves: what more must we do to continue our important work to address and oppose racism? Our collective journey to respond to the Mercy Critical Concern for anti-racism is far from over.